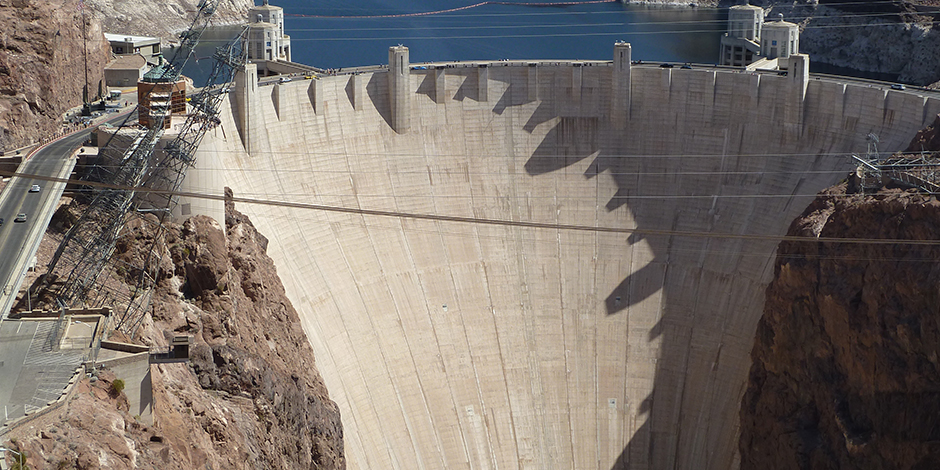 The Hoover Dam is a dam built in the Black Canyon of Colorado river, on the border of the states of Arizona and Nevada. It was earlier known as the Boulder Dam, but its name was changed to Hoover Dam at a later date. Some of the areas older inhabitants still refer to it as the Boulder Dam today. It is one of oldest large dams constructed in the United States and is considered to be an engineering marvel.

The construction of this dam started during the Great Depression in 1931 and provided employment to large number of people directly and indirectly, boosting the economy. The construction of the dam was completed in 1936. Like most dams built on a river the dam serves a dual purpose for storage of water for use during summer and was generation of electricity which is used for residential and commercial areas in the vicinity.

The unique design of the Hoover Dam has attracted tourists from all over the world. Every year more than a million visitors take an interpretive tour of the Hoover Dam to learn about the inner workings and visit the generating station where you can see the giant turbines generating electricity as you photograph them.

The view of the Hoover Dam from the Mike O’Callaghan–Pat Tillman Memorial Bridge.

It’s an easy paved stair or switch back trail to the bridge which offers outstanding views of the entire Hoover Dam form above.

Walk into the middle of the bridge for the best views of the Dam with the Colorado River below. Not for people fearful of heights.