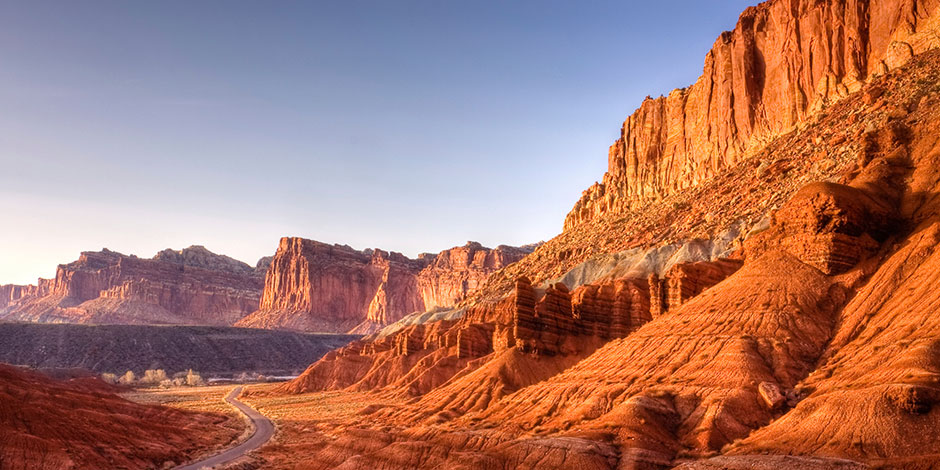 Capitol National Park is located in south central Utah. The name of this national park derives from the rounded sandstone buttes that look like the capitol domes and the rocky cliffs that resemble the coral reefs of great oceans around the world. This park is about 100 miles long and covers a large, narrow area consisting of 24,904 acres.

Previously known as ‘Wayne Wonderland’ in the early part of the nineteenth century, the Capitol Reef National Park was established in 1971 by the government of President Theodore Roosevelt to protect the unique geological features found in the south central area of Utah such as the canyon, the ridges, the monoliths, the arches, the domes, the buttes, the high cliffs, and the sandstones.

Apart from the Waterpocket Fold, there are still a lot of gorgeous attractions that dot the landscape of the Capitol Reef National Park. The Fremont River is beautiful sight to behold. Some parts of this river flow through the canyons located on the Waterpocket Fold. Visitors can still find some ancient pictographs and petroglyphs made from sandstones by early inhabitants of this region along the Fremont River.

Taking a hike on the Cohab Canyon offers you the chance to have a close view of plenty of beautiful canyons that are located along this trail.

Half way through this trail, there is a small side trail that leads to a beautiful orchard.